We Only Get One Body.

From being bullied as a child, to falling prey to the 1980’s L.A. party scene, one August morning in 1988 Barry Jay discovered his salvation in fitness and renounced his carousing ways, trading cocktails for protein shakes. “I got up in the morning, but I hadn’t really been sleeping―I had passed out. I had done every single drug in the book the night before. I looked at myself in the mirror: I was so gaunt and pale, with dark circles under my eyes. My hair had grown ridiculously long. I didn’t know who I was anymore. This huge rush came over me and I sort of woke up. Then and there, I decided I was going to quit everything, the drugs and the alcohol, and go join the gym.” – he said in an interview with Spry Living.

While practicing a healthy lifestyle and a career in PR, in 1995 he got fired from his job. Devastated by the news, he was forced to get a $8/hr job (plus free fitness classes) at a local gym. “I loved it”, he says but in 1998 that gym folded. Then is when he came up with the idea  of bringing free weights into a class environment and breaking breaking up the week according to muscle groups. But he didn’t stop there, he wanted to create a mood, an atmosphere. Inspired by all of those years in the clubs, the red lights were one of the first things that became synonymous of this fitness class phenomenon. Barry is living proof that anybody can turn their life around with a little determination and faith. Barry Jay is now the elusive namesake of the massively popular Barry’s Bootcamp workout classes, the hour-long ass-kicking led by sculptured “enter-trainers” highly energetic and what many describe as “addictive”.

Barry’s Health philosophy: “Treat your body right. We only get one body―there are no returns or exchanges. This is the body God gave us. Feed it right, and exercise consistently. It’s all about aging gracefully.”

Today, Barry’s Bootcamp has taken the nation―and world―by storm and we couldn’t be happier about it! 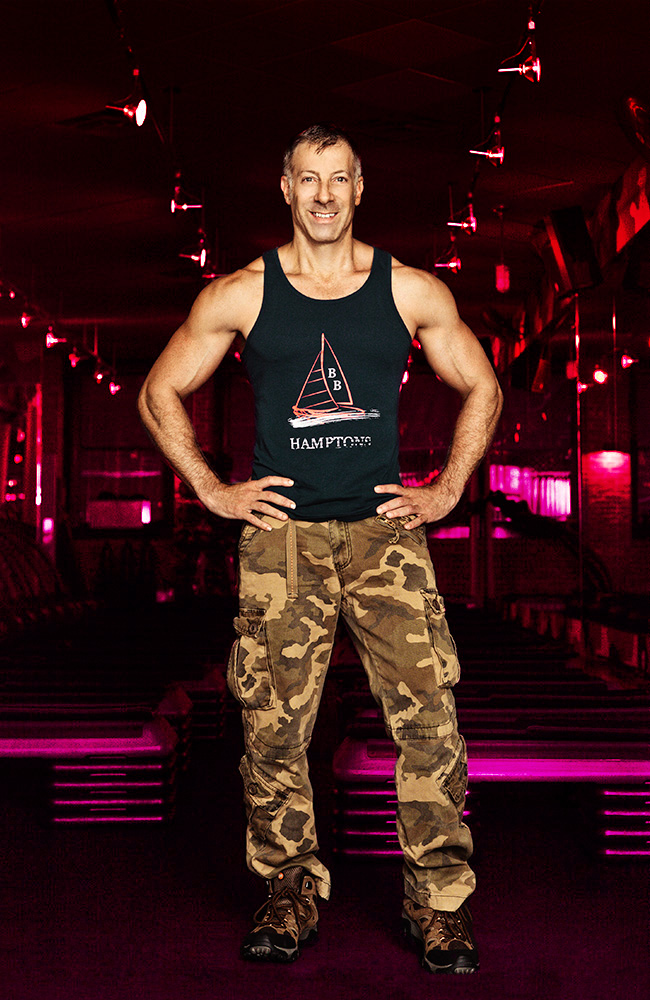